In this day and age, there’s probably a million ways to talk to your clients, so you’re probably wondering: “Jay, what’s so special about an email list?

Why can’t I just use social media?

Word of mouth is working for me A-OK, I don’t need to bend over backwards emailing a whole lot of folk who haven’t even hired me yet.

Plus, I don’t even know where to start with how to communicate with newsletter subscribers.

Plus, I have eight of them.

OK, OK. Yep, I get it. It seems like a bit too much hard work, a touch too much direct salesy, and what the heck do you talk about into the void? What if no one responds? Why are email lists important anyway?

Because, lovely one, you want to keep the ones you have, rather than just have them.

That might sound a bit convoluted, so let me explain what I mean.

OK, so let’s play pretend for a second.

(Feel that tremor in your heart?)

Yep – Mark Zuckerberg packs up his bags and moves to New Zealand to become a sheepherder. Facebook is over. Overnight, you’ve lost all of your Facebook followers*.

Yes – but not all of them are going to cross platforms.

Let’s face it: there’s a lot of stuff on the Internet, and a lot of people vying for attention.

Users these days have a pretty short attention span. We’re deliciously spoiled for choice. Just because you hook them on Facebook doesn’t mean they’re going to take the time to go to Twitter and Instagram and find you there, too.

In many cases, they’ll ‘like’ your page and keep scrolling, and forget about you by the time they’re on Instagram. And who can blame them? There are a million things to which a user can pay attention, and most of them are polished and fabulous.

You want to keep them in case Facebook tanks tomorrow. And the best way to do that it via email. Even if Facebook, Twitter, and Instagram all go down tomorrow, most (if not all) of your followers will still have their email address.

*You might be saying “no way, Facebook isn’t going anywhere!”. Yes, and that’s what people were saying about Myspace and Livejournal. What? You don’t have a Myspace or Livejournal? That’s okay, nobody does anymore because those sites went the way of the Dodo, and practically overnight.

There’s another element as well

How many emails do you think your followers receive in a given day? Let’s say 100.

Now, how many Twitter updates do you think they see in a day? 1,000, maybe more?

Even though you’re addressing the same number of people, you’re going to have better luck standing out against 100 than 1,000!

Plus, there’s all this research to show how the act of giving an email address takes the relationship to a new level of trust. But we’re moving into strategy here, which isn’t my gig so much. I focus on the part where we turn the new subscriber into a loyal advocate.

Now that you know WHY it’s important, it’s time to explore HOW to make an email list. It’s easy as pie. 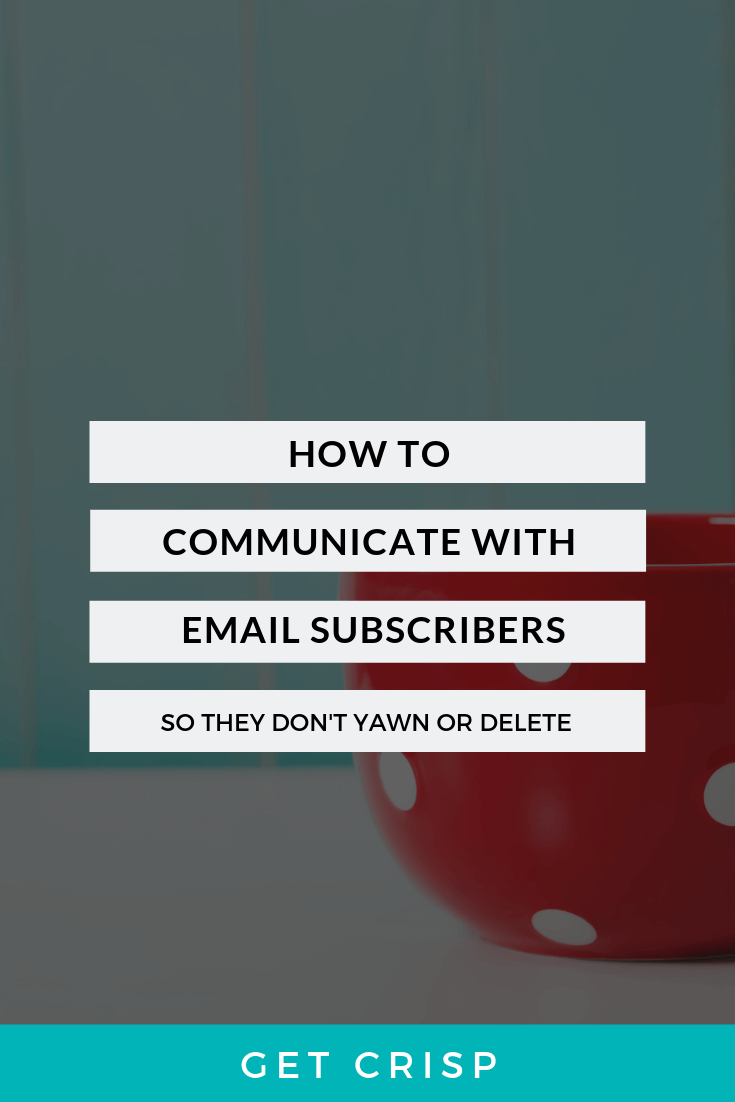 How To Get Started

Step 1: You can do this the old-fashioned way. You can copy-and-paste all of your subscribers into a mass email every time you send one out. (Um. No! You can’t really, as it’s against anti-spam laws in Australia and in various other places around the world.)

Or, you can outsource the whole ‘keeping track’ bit to a convenient website. All you have to do is write the email, and it’ll automatically go to all of your subscribers!

I use Active Campaign after upgrading last year from MailChimp. Active Campaign is like the big sister of your MailChimp campaigns. They not only provide an excellent platform for automation and funnels, there are also all kinds of tricky elements allowing you to track, integrate other programs, and design some beautiful email marketing campaigns with a little more intuitive interface than you’d be used to with MailChimp.

Step 2: Create an ‘Opt-In’ (or a Landing Page). An opt-in is simply the spot where your new friend gives you his or her information. If you’re putting an opt-in landing page on a website, there are four places you’ll want to put it: in the top header, along the sidebar or in the footer, on your About page, and on a popup. You know, one of those ‘but wait!’ popups that appear when you’re about to leave the page. (Not one of those in your face things that whams itself into your consciousness as soon as you get onto the page!)

You now have something to which you can direct new users. Make sure you pimp your awesome new landing page on social media (turn those followers into subscribers!).

One thing you may want to consider: ask for as little information as possible

Most of the time it’s just name and email. If your users feel like they’re filling out a mortgage application instead of an email list, you’re going to have a tough time getting subscribers.

Don’t just ask for emails, offer something in return.

This is exceptionally important. Because no one really wants to ‘subscribe to your email list’ just because. In fact, most days many of us want to blow up our inboxes, just to see the emails fry.

Are you a writer? Offer the first chapter of your book for free.
Selling a product? Offer a 25% off coupon.
Have a great service? Offer a free trial for signing up.
In short, you want to create a situation where your new friend is giving you their email, and you’re giving them something in return. And make it a good something.

Step 4: A ‘thank you’ page. Good manners are always appreciated! You want a ‘thank you’ page just to thank your new friend for their email, and to assure them that their lead magnet (free chapter, coupon, etc.) is on its way.

Step 5: A welcome email. Just a quick note to say ‘hi’ and to deliver whatever it was that you promised they would receive in exchange for their email.

There you have it! A fairly basic guide to the creation of a subscribers list. There are a lot of juicy content options at every one of these steps, but to get going you’ve got to start. So, get cracking.

"Having a Socially Conscious Business is really just about your business being a 'good person' in the world - it doesn't have to be hard."Social Consciousness - Elle Roberts So Crisp Podcast Elle has depth of character and endless ocean of compassionate drive that she...

"Focus on the 'Mission Critical' tasks. What are the things that are really important in your business? Are you spending time on these every. single. day? Don't get caught up in the busy-ness of tasks that are not income generating."The Business Hustle - Faye... 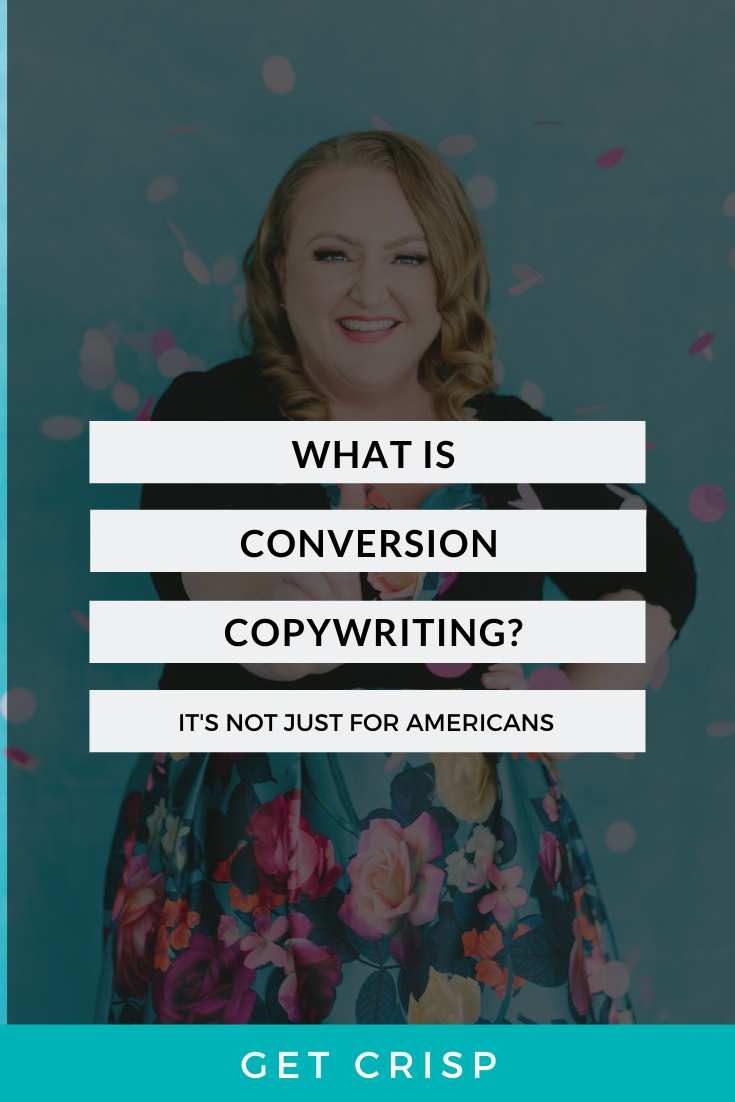 What Is Conversion Copywriting (and Does It Work In An Australian Market?)

Somewhere, somehow, some Australian marketer that doesn't understand conversion copy pooh poohed it long enough and loud enough to put us all off. Which means just about every single time I onboard a new done-for-you copy client or copy coaching client and I mention...

If BLANCA CREATIVE can work with a high-maintenance copywriter with all kinds of design and tech alchemy expectations, they can sure work with you

Jay Crisp Crow acknowledges the Traditional Owners of country throughout Australia and recognises their continuing connection to land, waters, and community.
This business pays its respects to them and their cultures; and to elders past, present, and emerging.