It took me most of my life to learn to take up the space I deserved. To find my own voice after decades of writing (or singing) in someone else’s. To write what I mean, words that leave a legacy. To charge what I’m worth. To make some damn noise.

And while the haters may roll their eyes at chin-filled selfies on my socials and the fact I talk about how much I earn per hour on podcasts, it’s one of the most freeing things in the world to realise: 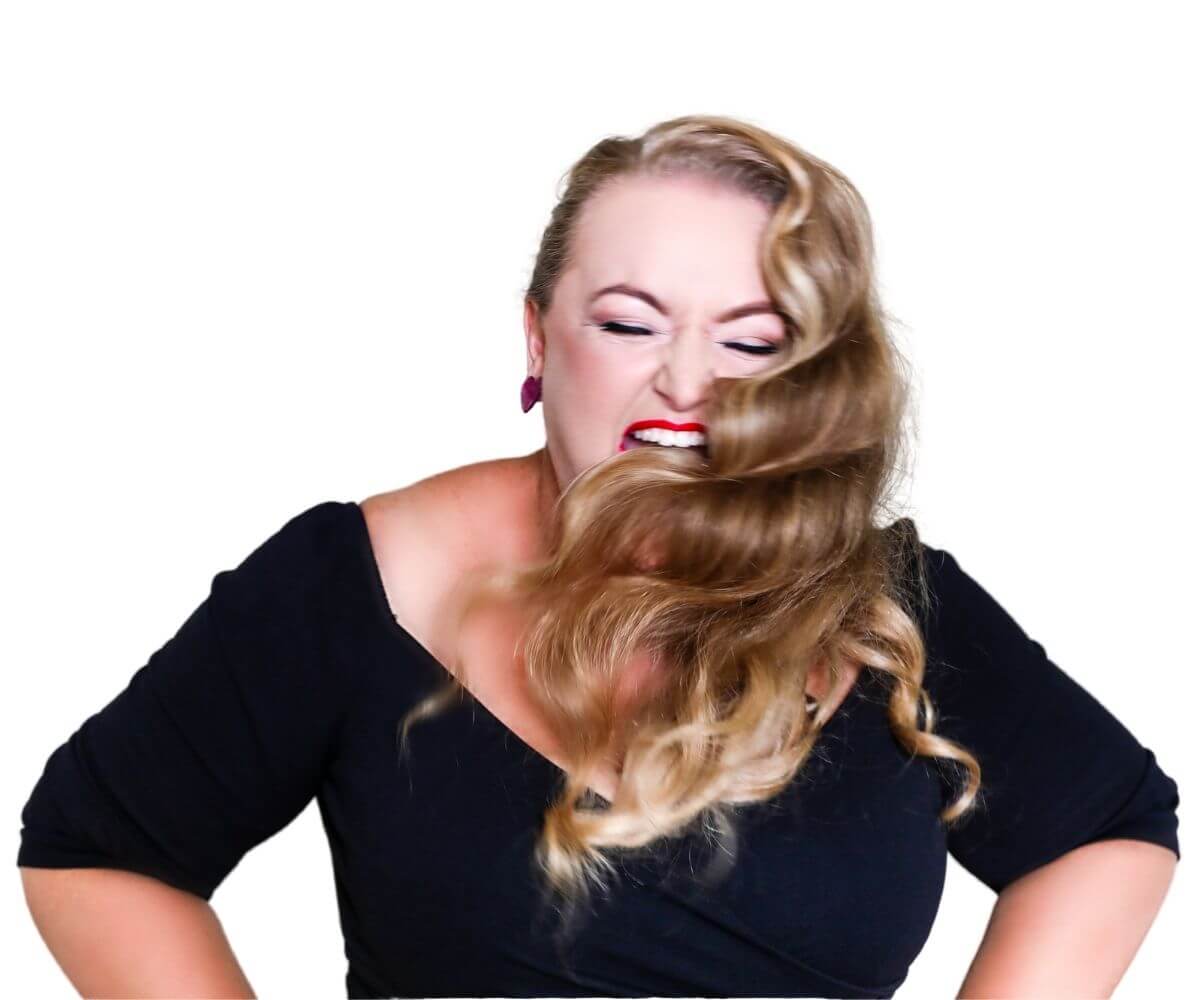 It took me most of my life to learn to take up the space I deserved. To find my own voice after decades of writing (or singing) in someone else’s. To write what I mean, words that leave a legacy. To charge what I’m worth. To make some damn noise.

And while the haters may roll their eyes at chin-filled selfies on my socials and the fact I talk about how much I earn per hour on podcasts, it’s one of the most freeing things in the world to realise:

Why? Because finding the guts to be yourself and embracing your powerful personal brand while doing brilliant business is exceptional. Sure, it isn’t safe. But aren’t we bored to death of safe? Of sounding like every damn competitor you have? Of scrounging for likes and starting emails with an apology and not rocking the boat, not being too threatening to the business queens you once looked up to, of being noticed?

You know what? Stop that.

Making this business thing you’ve started work, pouring so much flipping energy and time and money and tears into – it’s a tough gig. The sad thing is, even if you’re amazing at doing your thing, no one will care. Heck, they won’t even notice. Unless you communicate your unique value in the right way to the right people. Then, everything changes. I know. I’ve done it.

Find your voice. Make some noise.

I am Jay Crisp Crow

A Perth based, conversion copywriter for bored-of-boring businesswomen around the world and copy coach to wannabe word nerds

…and this is my serious face.

I am Jay Crisp Crow

A Perth based, conversion copywriter for bored-of-boring businesswomen around the world and copy coach to wannabe word nerds

…and this is my serious face. 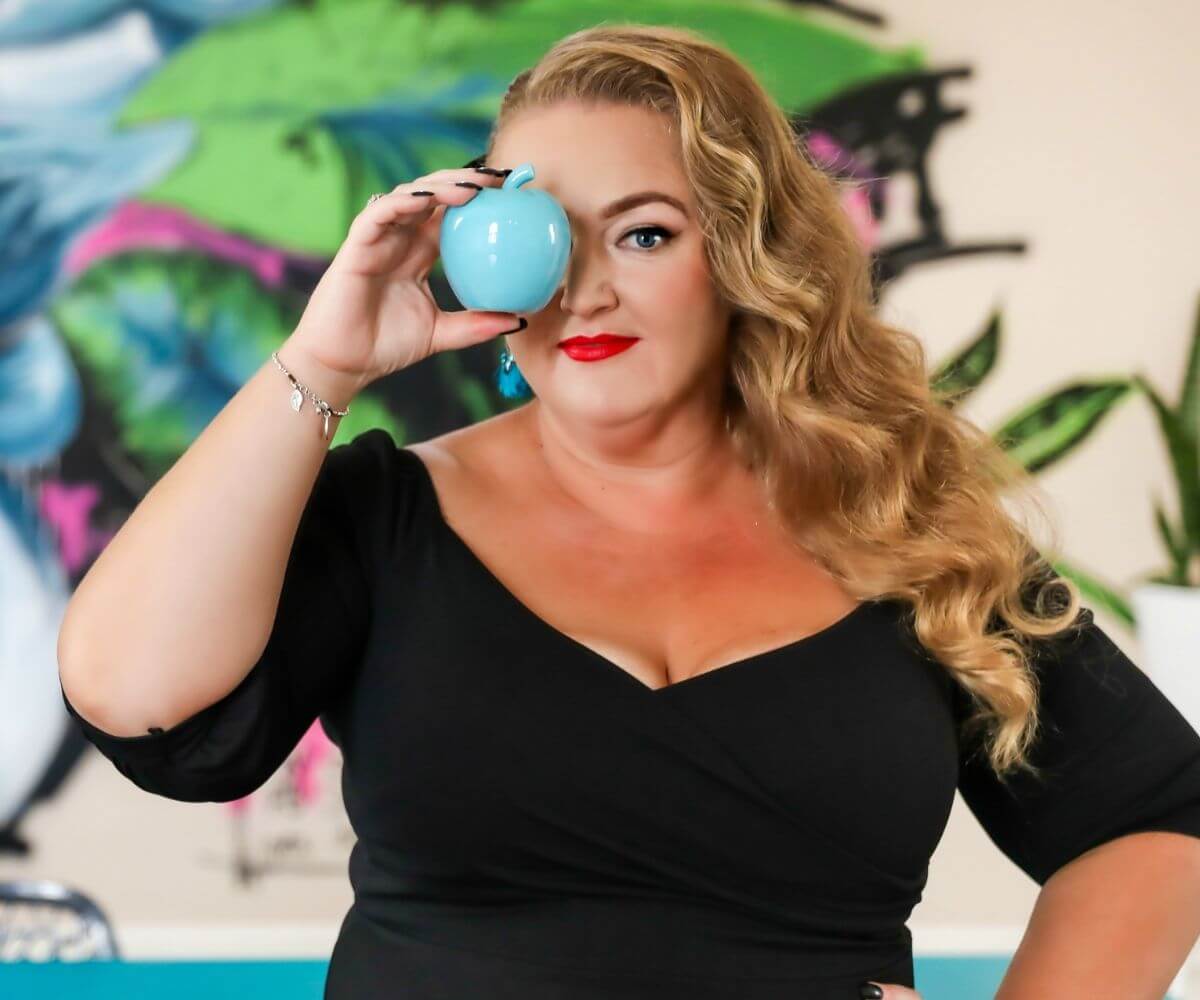 Because this making-money-from-words venture, it’s stone-cold serious, yo. You’re still here, drinking up the Cocktail That Is Jay, because you know pretty words on a screen just aren’t going to float your business boat.

You want someone who isn’t just bossy, but’s the boss. And that’s me – the buck-stops-here girl, the bacon-bringer, the brains behind this operation (unless it comes to Trivial Pursuit, in which case you’d want to be on my husband’s team). I don’t just teach, I also do. And that’s a bit important because you want to outsource to someone who trains people to do it better and learn from someone who still has skin in the game.

In short – I completely understand the paramount importance of your words making bank.

Because I don’t get up every morning, have my false eyelashes on fleek, and have someone give me a blow-dry before waltzing into my writing space coffee in hand. In case you hadn’t noticed; these photos here are heavily airbrushed.

It’s generally negotiating lunches, trying to make the school bus without breaking the sound barrier, and learning something new and terrifying from one of two teenagers or a 7-year-old. And that’s all before I get to writing.

I know about copy.

And I know just how gutsy you have to be to play ball with the big girls in the online world. It’s a noisy universe and everyone has USPs, ROIs, NMs, and kick-patootie PR. How can you possibly be heard?

And, look, it’s not like your words are totally dreadful. They’re not.

It’s just that mine are better.  Get some. 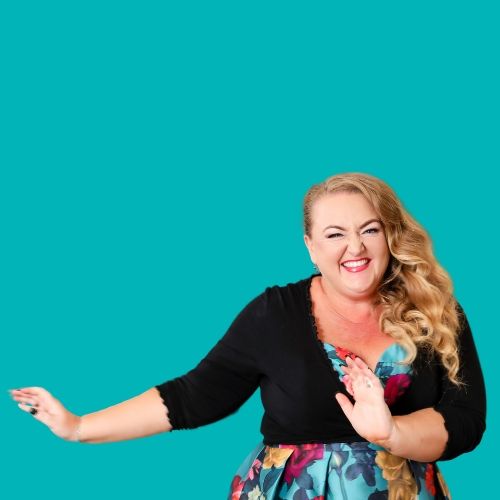 YOU NEED MY WORDS

You need to sell. You want to outsource. And it has to sound like you.

Luckily for you, that particular combination is my uber-power. Copy that sounds like you wrote it, on your best day for websites or emails. 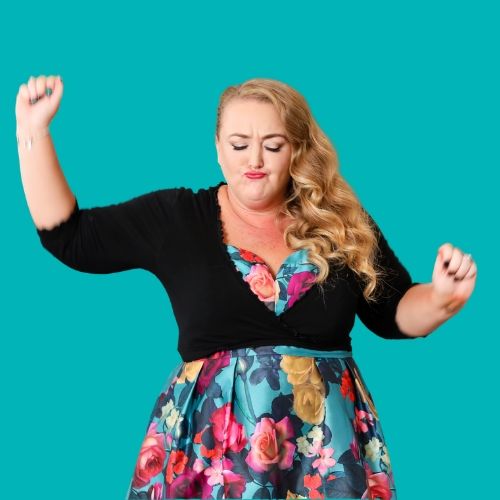 You want to write your own converting copy. Either for yourself or your clients.

And you want that copy to make everyone money, including you. From a 60 minute cuppa copy to a 3 month long term relationship, I’ll teach you as much as I can fit into that pretty (smart) little head of yours. 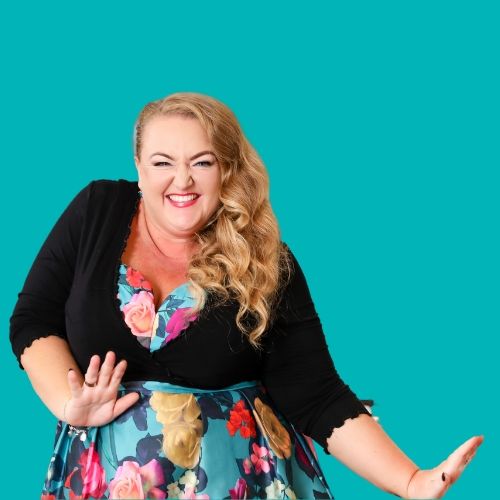 YOU'RE JUST HERE TO PICK MY BRAIN

Take a look at my freebies or my cheaper-than-a-pub-lunch downloadables, or dive straight into one of my group coaching options.

Let’s get your readers drooling on their keyboard. Not from boredom. From hunger.

WORK WITH ME AND I'LL TEACH YOU HOW

Jay Crisp Crow is a business owner, messy mother, and ex-showgirl who used to sing on the back of monster trucks before having children and getting ‘sensible’. She spent far too many years working in private school communications believing she couldn’t make a living as a writer before having an epiphany and taking her own gig on the road.

She somewhat surprised herself by becoming a multi-award-winning Perth based copywriter and copy coach working with brands and business people around the globe. Building an incredible career based on the art of writing words that sell, Jay has turned her love of stories and people into something she never thought possible – a sustainable, thriving, and profitable business. She regularly teaches, presents, and speaks in Perth and online on everything copy and words.

She will vehemently insist you scrap the word ‘passionate’ from your marketing, will always tell you those pants make you look glorious, and would love to come and speak or teach at your event, yes thanks!

GIVE THE GIRL A STAGE 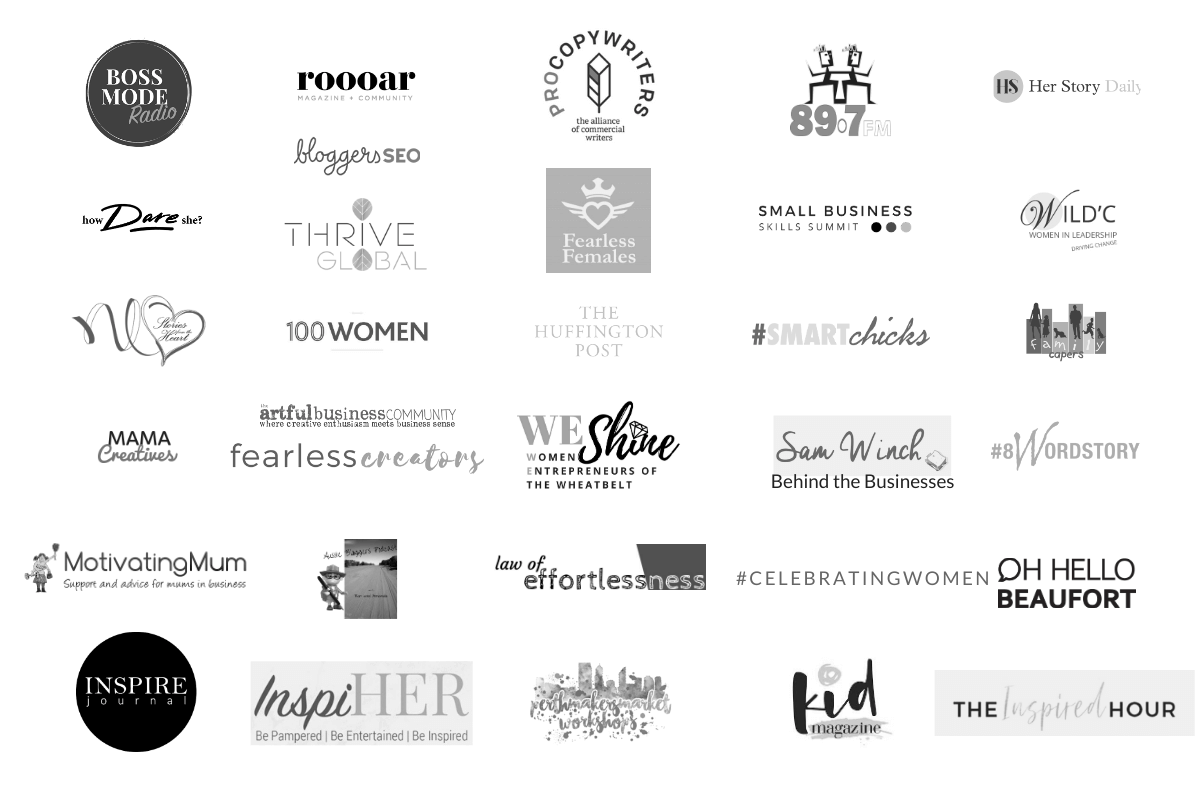 But, where the heck is Perth?

I’m a Perth copywriter and a bona fide hillbilly, but I work with clients from all around the world.

There’s no tricky marketing ploy with pricing; I charge the same price – in Australian dollars – whether you’re on my street or in the UK. (Figure out the exchange rate, overseas friends, it’ll make you smile!)

Not sure what you need?

Not a problem, I can usually tell just by stalking you and reading your website. If it’s email or website copywriting, I’m your girl. Download my Copy Menu, make sure the pricing and process will work for you, then you can snaffle yourself a free spot in my calendar to get all chatty about your copy or coaching needs. 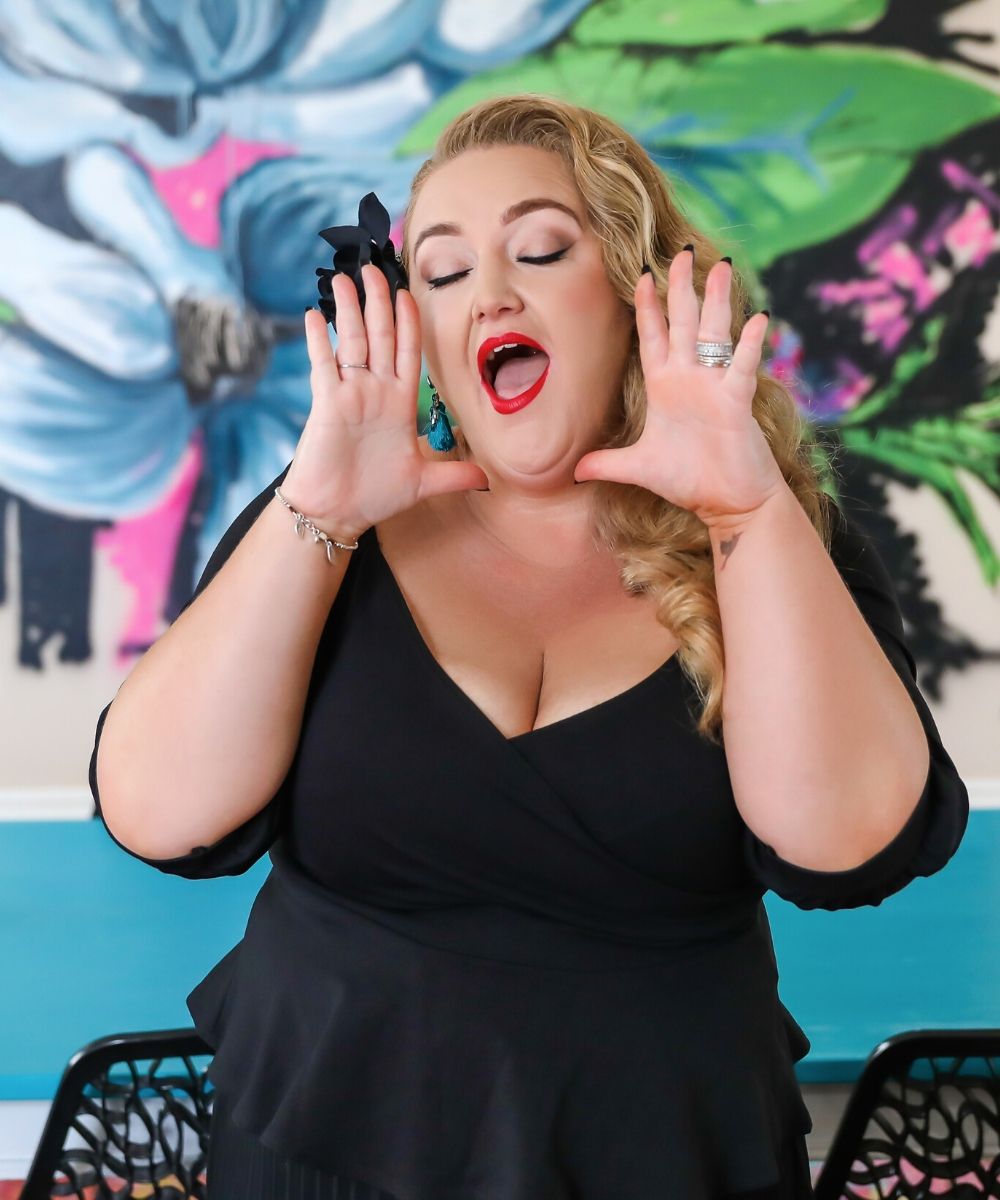 So, now you all know my backstory

IT'S TIME TO GET CRISP