Watch Your Language – Words To Ditch From Copy

Some of you have heard me say this before.

Copywriting is part creative, and part science. And here’s where someone who has never formally studied the human brain will tell you a thing I am 99% sure is true:

When we’re under pressure, it’s much easier to recall something than it is to create something new.

Writing our own copy puts us under tremendous pressure.

It’s OK to feel overwhelmed when your website designer says “oh now get me your content in the next week and I’ll chuck it on your website” – it’s like asking someone like me to code or give anaesthetic or drive a race car. None of those things I know how to do, of course I’m going to feel like I want to throw up.

So, what do we do? We recall things.

This is why we need to think before we edit (but not before we write, because that’s part of our vomit then edit plan).

Like with all good copywriting, the magic happens when you edit. And while you don’t want to be censoring yourself too hard whilst vomit-drafting (that’s now a verb, you’re welcome) you certainly do want to be watching your language during your editing process.

Because you don’t want to a: sound like everyone else and b: (more importantly) offend the very people you’re trying to woo with your words.

Also c: we can do much better than we’ve done in the past.

So, here is the Crisp Copy guide to words to think about scrapping during your edit.

2. Any words that make your ideal client spectacularly uncomfy

Yes, we want to write copy that’s conversational, but we don’t have to include everything we’d say to someone to their face in our copy.

If she cringes when you send her an email line saying “hey, beautiful, buy my thing” – take out the beautiful. If it’s a term of endearment, then you probably need to have a good relationship with that person to call them ‘sweetheart’, otherwise it’s tooooo close.

However, using something like ‘honey bunch’ somewhere in your copy may have the outcome of making them STOP SCROLLING and read – but don’t overdo it.

Here are some other words the people I surveyed said drove them up the wall:

* No one actually had this as an example, I just like it.

Now, total disclaimer – you can use these words if they are a considered part of your brand voice. If you’re Denise Duffield Thomas, you can get away with calling people ‘lovelies’. If you naturally squeal “heello BEAAUTIFUL” when you see people you love, maybe consider keeping it.

3. Words or phrases that fib about who you are

Are you really a collective?

Oh women in business, I’m landing you in it again. Because so many of you want to do this thing – pretend to be bigger than just you.

Now, here’s a hotly contested one, but since I made this decision I feel really good about it. I still catch myself saying it, but when I write I’m conscious this is a branding decision I’ve made as it aligns with my own personal beliefs. And that always feels a bit fabulous:

‘Woman’ is an inclusive term that means anyone who identifies as being one. ‘Female’ is a scientific term that refers to the sex capable of producing children. Also, ‘woman’ means a human, while ‘female’ can be any species.

So if you have, say, a brand that sells stockings, you’re probably going to sell them to every person who identifies as someone who wears stockings, rather than saying they’re only for the sex who was born with specific reproductive organs.

I love this quote:

“When you refer to a woman as a female, you’re ignoring the fact that she is a female human. It reduces a woman to her reproductive parts and abilities. Also, not all women are biologically female, and the conflation of ‘female’ to ‘woman’ erases gender-nonconforming people and members of the trans community.” Read the entire article here.

If you’re hip with this kind of thought process, also consider rethinking ‘hysterical’.

This includes some words we see being used all the time in marketing, and perhaps wouldn’t think twice about repeating or using in our own copy.

The simple rule is if you’re not a member of the culture the term has originated from, it’s off-limits to you.

Yeah, I don’t really care to argue with anyone who wants to take me to task for this list. I don’t really care if you mean it with love. I don’t really give two hoots if your Ma always used it and it’s part of your regular vocab. You can choose to ignore me if you want, but I’m betting any woman reading my blogs are open to having a bit of a reconsider about most things, once they learn it hurts someone else, they’ll seriously rethink using anything that fits the ‘harm’ bill.

The problem with this train of thought is:

copy has to be conversational,

and conversational tone comes from the way we as a society use language. And the way we use language has a whole wadding lot to do with the way subcultures and mainstream communication happens. With social media, we’re all very intertwined and this influences the way we speak, and therefore write.

Like with all these brand word decisions, you have to be the one to decide where the line is between cultural appropriation and the way our conversational style has naturally evolved. But be prepared to be pulled up on it if you’re on social media and if someone from that marginalised group tells you you’ve crossed a line, listen.

Equally, there’s a rise amongst marginalised groups around the use of some words that can be perceived as derogatory for some people. Not that long ago it was socially acceptable to use the ‘R’ word in conversation, now it’s a giant no. And rightly so. But we still sometimes use language like “my computer went completely mental” which can be hurtful anyone living with a mental health condition. Don’t forget 1 in 5 people in Australia have a disability. Even without considering the social consciousness of your brand (which you should be), don’t underestimate the buying power of 1/5th of the population.

A lot of the time we don’t even realise what we’re saying, but when you’re considering your brand voice, it’s helpful to sometimes have a second (or third) thought.

We’ll probably keep messing this up (I’m still hunting down “y’all” throughout all my copy) but it doesn’t mean we can’t try.

So, what can you do about it? 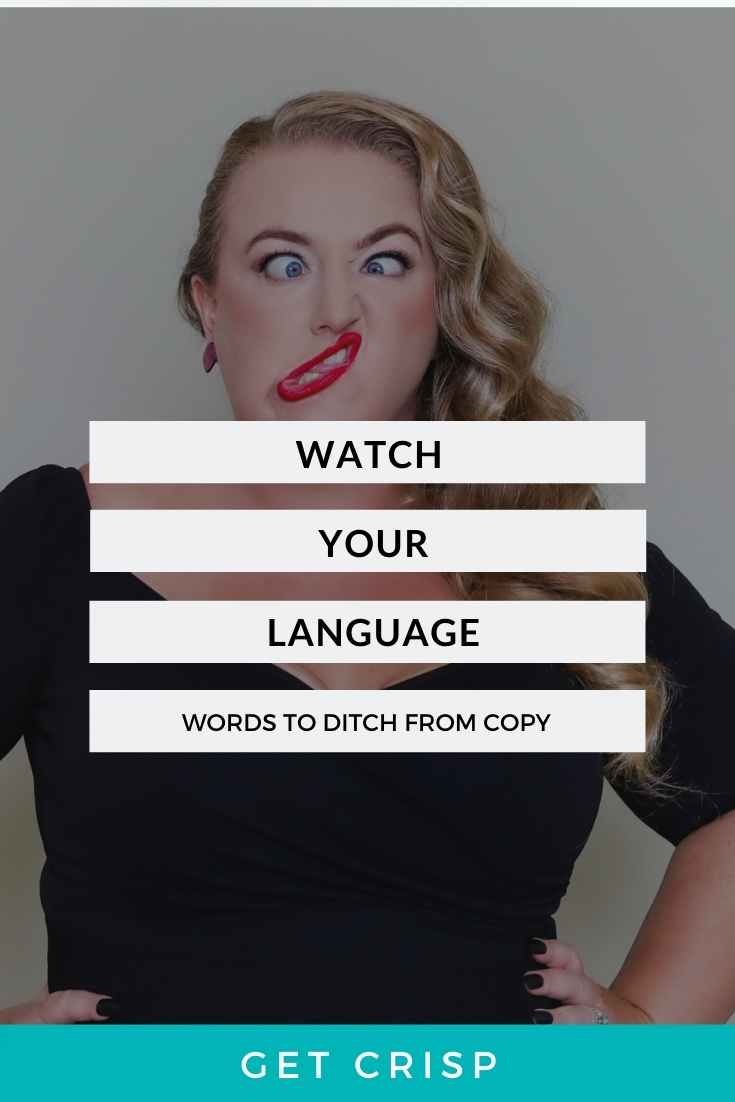 The easiest start for boring as bat-poop words – check out thesaurus.com

The better step – dig a little deeper. What do you mean when you say that, what does it promise your people, what benefit do your ideal clients get from that word? Basically, ask yourself – is this choice of word converting, powerful, and on brand, does it mean something to you and your ideal client or reader, and does it have context – if you’re good with that then ask yourself – does it hurt anyone? If no, go to town.

Extra steps: seek out articles, books, and podcasts published by people from different walks of life – disabled people (disability first language purposeful, here), BIPOC, LGBTQA+ folk, and anyone else outside of your cultural sphere.

And on that note, go check out this Cuppa Copy episode of So Crisp for some more discussion around language! You’ll even find a nifty and apple filled little image to leave on your desktop or print out and stick to your wall, which is especially helpful if you run webinars or present on Zoom or do Facebook lives.

It’s the Crisp Copy guide to gender neutral terms for groups, and you can snaffle it for free.

I’d love to hear some of your ideas too, tell me about them on the socials. You can find me at Facebook and Instagram – hit me up! 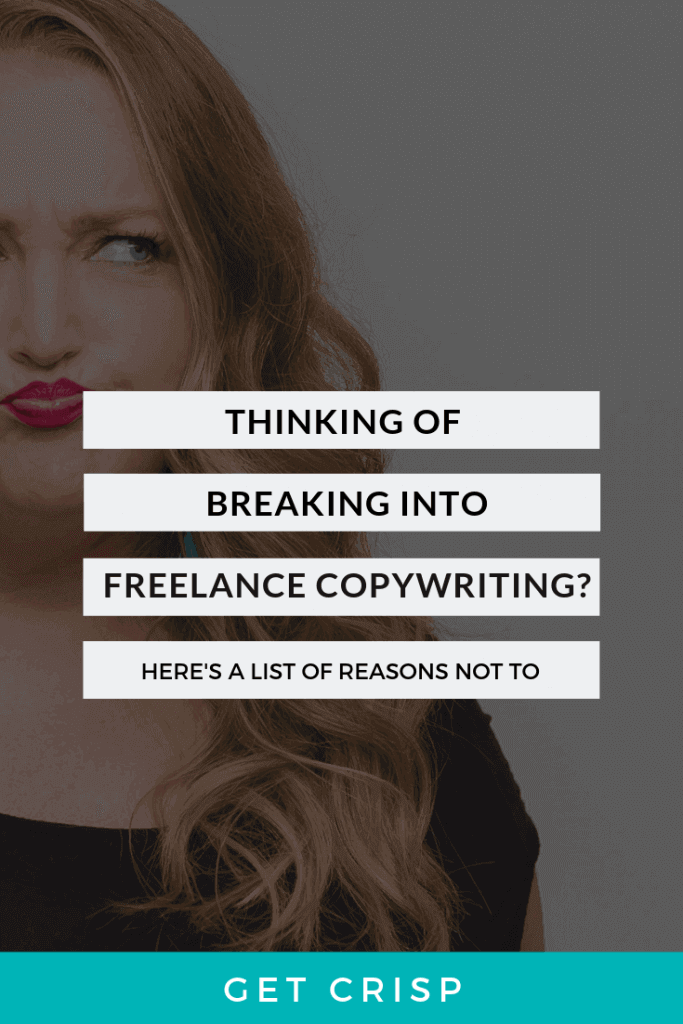 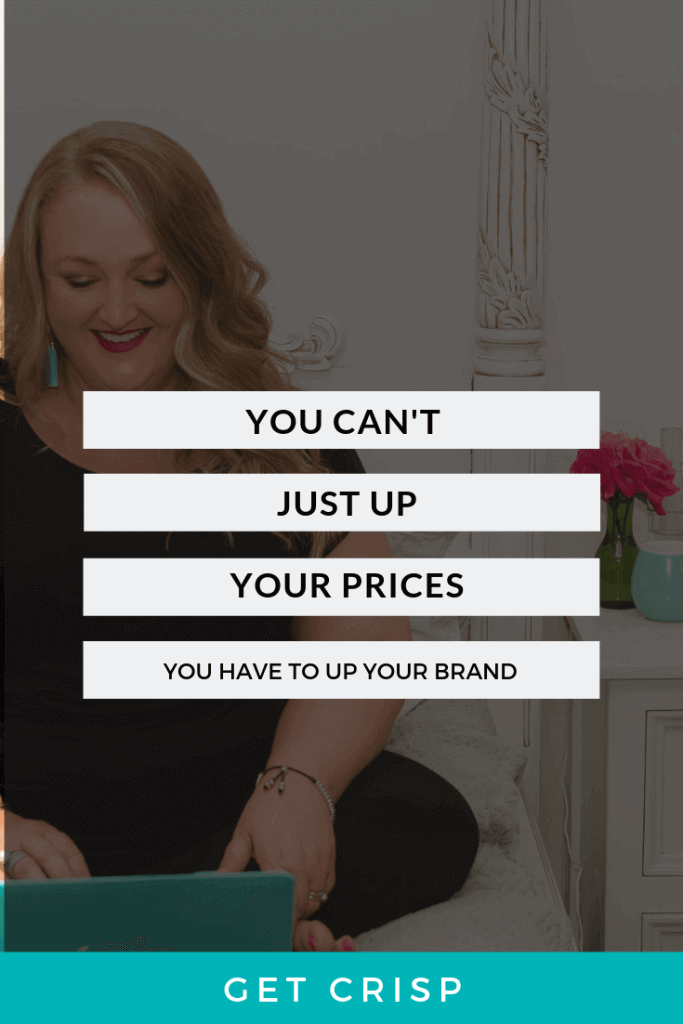